500 and 1000 rupee notes have been banned for good. No wonder Modi govt is working for the people. This is yet another step to improve our economy.

In a one of its kind shocking announcement, Modi has announced a complete withdrawal of 500 and 1000 rupee denominations as legal tender. This has irked a lot of people, most of them however are fraudsters. 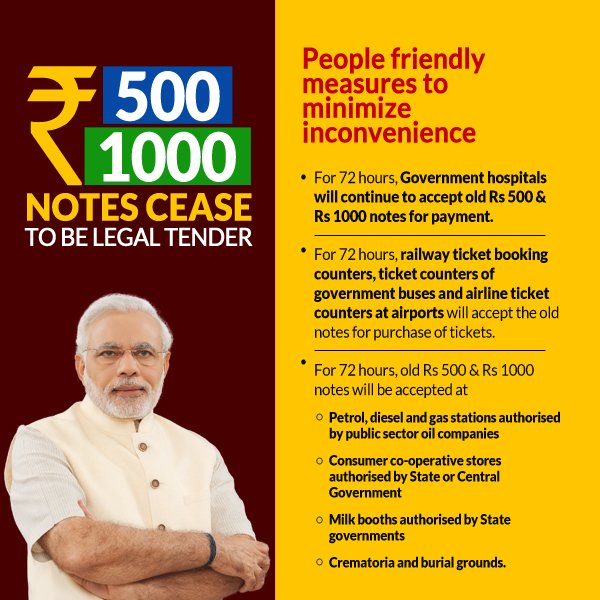 Though this scheme has been deemed as highly successful by most, its impact in my opinion will be moderate and not completely effect black money.

So finally Modiji has given reply to his opposition by giving a plan to cut black money in circulation. Kudos to the Modi government!

How to convert Black money into White Money: A practical guide for (Corrupt) Indians